Home Category All This Time
COMPLETED 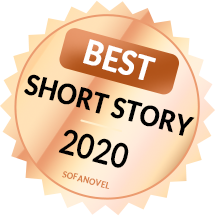 This story has entered

Personal differences tore Gavin and Kairo apart. Kairo chose the only thing that matters to him next to Gavin. A couple of years later, that same choice brought Kairo's path to cross with Gavin again.

Kairo was convinced that his and Gavin's story was over two years ago. But what is he going to do about the familiar spark each time Gavin smiles? The longer he spends time with his ex, his belief gets challenged. And each day that passes, that persistent voice in his head is gradually succeeding in "brainwashing" him into believing that they have still have a chance.

Since Thomas, Gavin's other ex, is still very much a part of Gavin's life.

Memories of a Boy

In My Dreams, There's You

Be Still, My Heart

Fake It Until You Make It

Shut Up and Eat